We are counting down to our exciting Virtual Open Evening taking place on Tuesday 29th September! Please visit our website to register your interest! https://t.co/O222p2WgcM https://t.co/OSgwTEYU2P

Well done to some of our year 7s for being nominated for the Principal’s breakfast this month! @HarrisFed https://t.co/B6GpYGYHsk

Welcome to our new cohort of P16 students! We are delighted to be welcoming back many of our Y11 students alongside students from local Academies. Embracing a new start and opportunities, our 6th form have made a fantastic flying start on the next part of their academic journey! https://t.co/1dAEZw4sPv

Many congratulations to our A Level students. We are extraordinarily proud of our student's achievements and want to wish all our Y13 students every success with their plans for the future. https://t.co/71KHLYppfh https://t.co/66tX1S74h7

Buying new Academy uniform? Please use voucher code HARRIS30FREEDELIVERY for free delivery on any orders over £30 when ordering from our uniform supplier. https://t.co/9f08JzivyK

Well done to all our students who were nominated for an end of term award. Please visit the link below and login to your HABE account to view the 'Virtual Celebration Assembly' https://t.co/FfGd1csFcd All certificates and £10 vouchers have been posted to our winners! #celebration https://t.co/ziPpWUnoPe

HARRIS ACADEMY BECKENHAM IS STRIVING FOR EXCELLENCE IN CAREERS EDUCATION. Please click on the link to find out more on our careers website page. https://t.co/WXGxGZ27vP https://t.co/5X4NO02QuZ

Your chance to go down in history! You are being asked to reflect on your experiences of lockdown for a digital time capsule to be displayed on a dedicated Children of Lockdown website kept forever as part of the British Library’s UK Web Archive - visit https://t.co/fMKpnBuuhN https://t.co/yTUexMyWlg

Welcome to our new Y6 students starting in September 2020! We are very excited about meeting you in person soon, however in the meantime please take a look at our Virtual Tour of the Academy and our Welcome Guide to Y6 via the link ... https://t.co/UJtm1Og7AC

For those of you that didn’t make our Virtual Sports Awards yesterday evening; you can still watch it by clicking the link: https://t.co/g0zRiJvYwv Well done to our amazing PE team @HabeSport @HarrisFed

Six different academies from across the Harris Federation took part in the Debate Competition, which took place at Harris Girls' Academy East Dulwich. It was an opportunity to showcase our public speaking skills based on various topics that were part of current affairs. 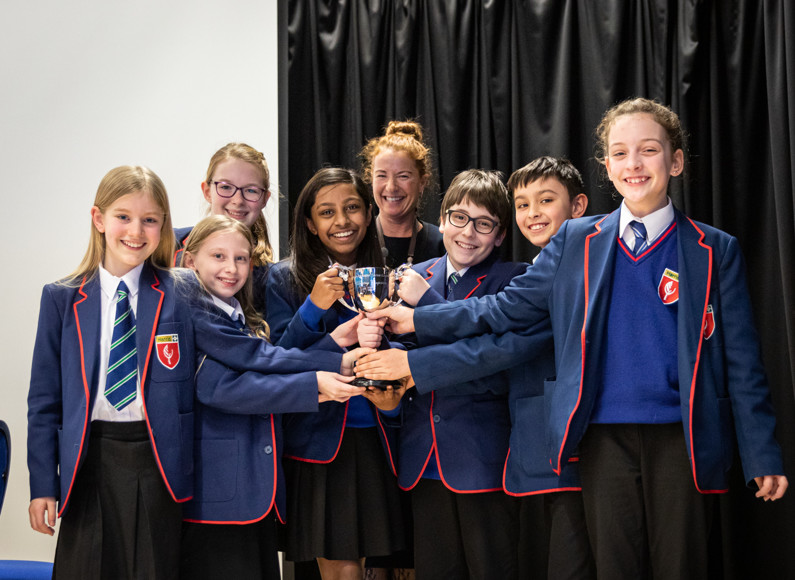 Mr Collier brought a group of six including myself to the competition. We had been working very hard preparing our argument for the motion ‘This house believes the best way to tackle climate change is for individuals to reduce their carbon footprint.’

As students, we were overwhelmed at the fact that we won and got through to the next round where we were battling it out with Harris East Dulwich Boys on an unprepared motion. We were very nervous about the unprepared motion, but it turned out in our favour as it was “Schools should ban the use of school uniforms”.

Mr Collier helped us to prepare our argument for the motion. The semi-final was very tough and East Dulwich were very challenging through numerous points of information and rebuttals which made our argument more difficult to portray but we managed to pull through and engrave our pathway to the finals of the first ever Harris Central Quadrant Debate Competition. 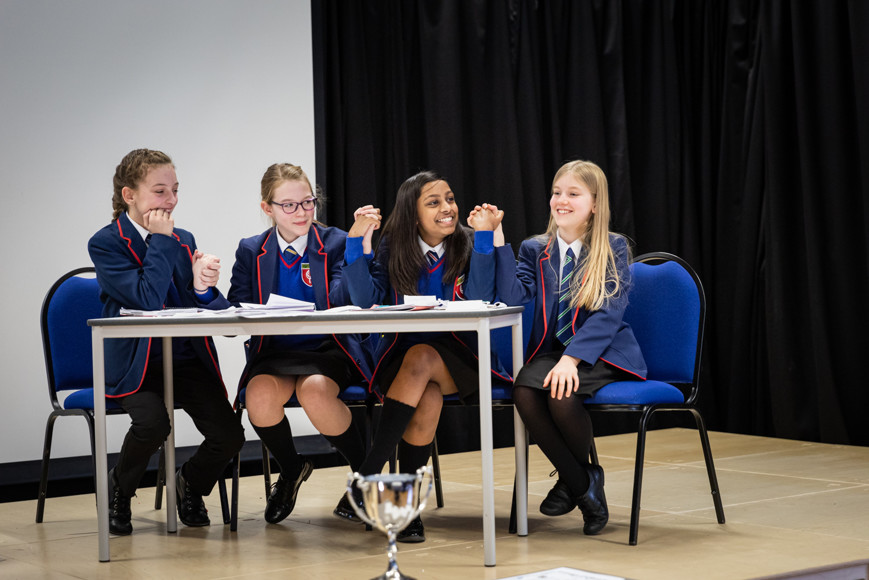 The stage was set for a fantastic battle between Harris Academy Beckenham and Harris Academy Bermondsey. The three judges for the final were Rebecca Hickey (Assistant Director), Keith Turpin (Parent Governor) and Chris Brown (Wider Opportunities Director of HAGED).

The final motion was about the impact of social media on the health of teenagers. As a team, Megan, Sasha, Grace and Martin pulled together and concluded the day with an amazing victory. Harris Academy Beckenham had won the first ever Harris Quadrant Debate Competition!

The day was enriched with high level debates and enjoyment. Thank you to Harris Girls' Academy East Dulwich for your welcoming hosting. We look forward to the Harris Central Quadrant Debate for Year 8 which will be hosted by none other than our winners, Harris Academy Beckenham.