As part of our school celebration, we created a video with a few students from our community sharing what they love about their cultural backgrounds. Please view our video... Cultural heritage https://t.co/NfDuJNz3WR via @YouTube ENJOY! https://t.co/exYB2iQu1K

Young Gifted And STEM is an organisation to improve the engagement of Black and Minority Ethnic students with STEM subjects. On Sat 24th October Harris Invictus Academy Croydon will be hosting the launch event aimed at 14-18 year olds. Register here! https://t.co/nW4x6d0McG https://t.co/s4LzCqSpeh

Please view the latest correspondence we have received from the Local Authority regarding Covid 19. https://t.co/UFgwVXgEjB https://t.co/Y6gR0HXGD2

BHM@HABE - Competition time for all HABE students! PE- Send a video of yourself showboating a skill or trick shot in any sport/activity. To enter email- Mr Shone g.shone@harrisbeckenham.org.uk. https://t.co/QhH33NeUu7

Celebrating people from every background and culture! “We are changed by what we see. Just as we are changed when we are seen” .

My Karate Experience and Competition

Last Sunday, I travelled to Northampton with my karate club to compete in the BIKO closed championships. A kata is a combination involving several moves including punches, kicks, blocks and turns. I managed to place 4th, sadly not achieving a medal.

We then competed in team katas involving my friend Tanaya and I. We were the third team to go up and compete and I am very happy to say we performed really well and achieved the highest score of the whole day with 21.8 points. After each team competed we knew we had won. I have competed in many team katas with Tanaya since I was 10 years old.

After we celebrated our first major win of the day, I had to get ready and warmed up for individual kumite (fighting). I was determined to win this category. I won my first fight 1-0, which was a good start.  I knew I was in a good position so kept focused and practiced lots. As the final fight came up I started to get butterflies in my stomach. However, after what seemed much longer than 2 minutes, I had won the fight 6-5 and was crowned the winner!

With two great wins and a happy 4th place, I returned to Beckenham victorious. All of my team did extremely well. I can’t wait for the next competition!! 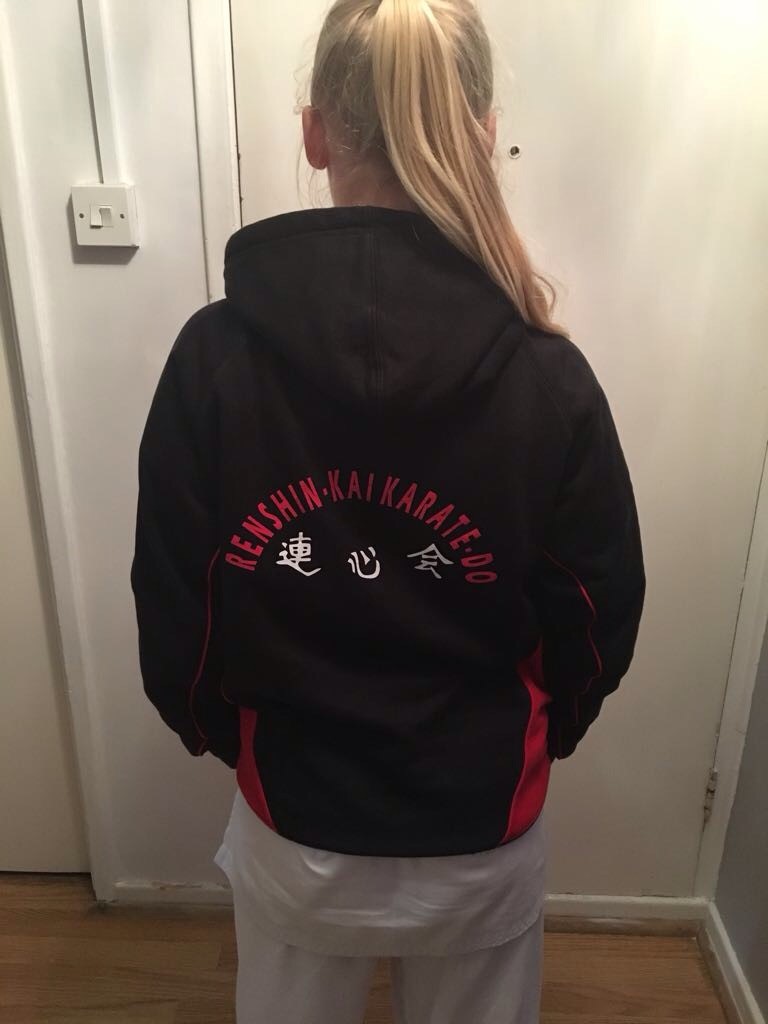