An important message to our all our students! https://t.co/SyWrhzsyrh

It’s thank a teacher day!! Why don’t you email a teacher today to thank them for what they do for you? #thankateacherday @HarrisFed https://t.co/yTiOhQGlei

Welcome to all our new Y7 students starting in September! We are loving seeing some work from our future year sevens. Check out our transition page on the website for some Year 6 challenges and send us your work! https://t.co/Yj5O5lMUVY. #HABETransition https://t.co/34yn9IPcdu

HABE UNIFORM SALE! Get your uniform from Brigade with huge discounts- Blazers £17.50 and Jumpers only £9.00! FINAL DAYS OF SALE, ONLY A LIMITED TIME AVAILABLE. Log onto https://t.co/Nph5Dl5Hcr to take advantage of the discounts before closure of the site at the end of May. https://t.co/472J5tTkqT

‘HABE at home: life during lockdown' Please send photos of you attending virtual lessons, reading, completing puzzles, cooking, exercising or spending time with your pets. Send to a.dunk@harrisbeckenham.org.uk, House points awarded to the best photo of the week!

Next week is Mental Health Awareness Week. Look after those around you during this difficult time. #itsoknottobeok https://t.co/xE88sEiFSB

Don’t miss out on some career talks this week. Follow the link below to find out more: https://t.co/Gc2FYfaVt1

HABE UNIFORM SALE! Get your uniform from Brigade with huge discounts- Blazers £24.50 and Jumpers only £11.00! HURRY WHILST STOCKS LAST, ONLY A LIMITED TIME AVAILABLE. Log onto https://t.co/CoXd2FXAxA to take advantage of the discounts before closure of the site at the end of May. https://t.co/4RdNTv9NBi

Don’t forget to visit our ‘beyond the learning’ website page for weekly updates. https://t.co/nm788wFJJ5 The deadline for this weeks challenge is today; please send your entries to t.christopher@harrisbeckenham.org.uk for a chance to win a £10 voucher. #weeklychallenge

Thank you to our staff working on site who has made it possible to carry on cookie cooking! Showing off before and after! Hoping we all get a taste! https://t.co/QawahlKhjk

This week’s HouseMail has arrived. Check it out for key reminders, home learning support and personal development resources. This has been sent to all students by their tutors via MS Teams and to parents via email. #StayAtHomeSaveLives #HouseMail #habecommunity https://t.co/OojuRDva8P

READING AT HOME is so important. Click on https://t.co/hZ68gtD966 to access on our website all the fun and exciting ways to access books, tips and resources to help make reading a part of your everyday activities during lockdown! 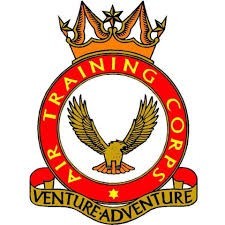 On Friday 5th April, we arrived at the 1903 Penge squadron HQ in our uniform looking incredibly smart with shoes like mirrors and travelled to Twickenham to attend the rugby event at ‘The Stoop’, home to the Harlequins.  We were given buckets to collect money for the RAF Benevolent fund, which supports retired Veterans and their families.  Finding our seats, we started to walk around the stadium in search of supporters with loose change to fill up our empty buckets.  Prior to the first match of the day, which was the ladies RAF vs Navy game, we saw an RAF band march out onto the pitch playing bagpipes, dressed in their special uniforms.

It was a very intense game for both sides with the final score of 67-3 to the RAF.   The excitement of the game was electrifying.  After the first match we collected donations again offering out our buckets in search of supporters willing to donate!

We returned to our seats again for the men’s game.  Both sides played hard and fast with many high kicks which the players had to chase at great speed.  The final score was 25-10 to the Royal Navy.  It was a great privilege to watch the RAF and Royal Navy teams play to such a high standard.

We learnt that the RAF and Royal Navy teams play their sports with great athleticism and sportsmanship, even when competing against each other, however when they fight for their country they join together as formidable force proving that team work in both sports and the Forces is very important.